Cos d’Estournel in the eyes of its contemporaries

From Stendhal to Labiche, Karl Marx, and Henry Ribadieu, a great number of authors have demonstrated their admiration for Louis-Gaspard d’Estournel’s life’s work, as they evoked with relish the beauty of Cos d’Estournel and the quality of the estate’s wines.

In 1855, in The Chateaux of the Gironde, Henry Ribadieu described “an enchantment, a veritable Chinese palace, a Hindu pagoda! Elevated domes, cupolas struck by the sun, large, open arcades like a triumphal arch awaiting the passage of a king, latticework open-air turrets, a Chinese pavilion where passing breezes sway a thousand bells . . .”
That same year, M. Saint-Amant in his Promenade in the Médoc, observed, “The staggering gate has something of a theatrical decor, not only because it seems to be made of wood covered in painted fabric, but also because it is a ruse and is only the entrance to the cellars and stables. Nothing of the owner’s dwelling, and the only thing to be found there is a vineyard and its operational facilities.”
A few years earlier, in 1838, Stendhal wrote in Voyage in the South of France, “This extremely elegant structure of a bright pale yellow is in fact representative of no single style. It is neither Greek nor Gothic; it is quite cheery and appears to be more Chinese in style. On the facade appears this one word: Cos.”

The edifices of Cos d’Estournel were not the only features to intrigue the writers of its time. Life in the vineyard and the way in which its founder organized his estate were also greatly admired.

M.-J. Faure, in his Comparative Chemical Analysis of Wines of the Gironde Department, published in the mid-nineteenth century, indicated, “Monsieur d’Estournel has, on his different estates in the Médoc, more than five hundred individuals whose livelihood depends on him. These good people are like family to him; he provides housing, food, and clothing, and pays for the doctor and remedies when they are ill. He is thus adored and worshiped by this entire population of servants for whom he serves as father and friend.”

At about the same time, in Summer in Bordeaux, Saint Rieul Dupouy praised certain wines for improving upon journeying the seas: “[In the cellars], each rack bears a label of the coat of arms of its [owner] . . . From one vintage to the next, the 1841, the 1828, the 1831, that famous vintage with the letter R engraved above . . . Do you know what that letter R stands for? It means, ‘Returned from India,’ an indication that these wines journeyed to India and back before being drunk! Thus the wine is also of an ideal color, limpidity, transparency, and flavor; it shimmers, it sparkles, it shines; rubies are nothing compared to it.”

“It should be drunk with reverence, down on one’s knees, while recalling the most beautiful texts of the great Bacchic poets from antiquity and those of modern times . . .”

In 1865, in Guide of Bordeaux to the Sea, P. Chareau and G. Maillères are prolific in their praise: “This 1828 and 1831—R—should be drunk with reverence, down on one’s knees, while recalling the most beautiful texts of the great Bacchic poets from antiquity and those of modern times . . . It is true that you must be special; only a rare privileged few, a handful of illustrious gourmets, enjoy this immense privilege. So it is that in Europe, only three sovereigns regularly drink Cos-d’Estournel R.: Her Majesty the Queen of England, Monsieur le Baron de Rothschild, king of bankers, and the Emperor of all the Russias.”

M. Saint-Amant also wrote of this preference as it was expressed on the other side of the globe: “In the Greater Indies, Cos d’Estournel enjoys great favor, and it is preferred to any other. It must be because its vines of Hermitage Syras were appreciated by the Nawaabs, or that some favorable vintage must have established the reputation of this wine within their court, because they only want to drink Cos d’Estournel.”

A spellbinding place and an inspiring individual, both at the service of wine, for it has always been the wines that inhabit the chateau at Cos d’Estournel, in accordance with the intentions of Louis-Gaspard d’Estournel.

In 1857, Friedrich Engels was eager to send the estate’s wine to his friend Karl Marx from Liverpool: “I had a crate of wines sent to Manchester. It will be good for your wife. There are 6 bottles of Bordeaux, 3 of port, and 3 of sherry . . . The Bordeaux bears the label of Cos d’Estournel that I just received.”

A few years earlier, M.-J. Faure indicated in his Comparative Chemical Analysis of Wines of the Gironde Department: “The aroma of the wine of Cos is exquisitely smooth: its perfume is among the most delicate, and its essence has something so mellow, so pleasant, that I would not hesitate before ranking it alongside Lafitte and Château Margaux.”

And as early as 1864, in his comedy Me, Eugène Labiche also expressed his preference: “I have two sorts of wines; listen carefully. One bears a red seal, it is Cos d’Estournel 1846, a salutary wine. I save this wine for myself. The other wine bears a green seal and is a full-bodied Macon that does not suit me as well. Make sure you only serve me the one with the red seal, and me alone, discreetly.

Together, these various excerpts evoke the intriguing nature of Cos d’Estournel and the singularity of its wines as they appeared to its contemporaries at the time of its creation, when the legend was first taking shape . . . 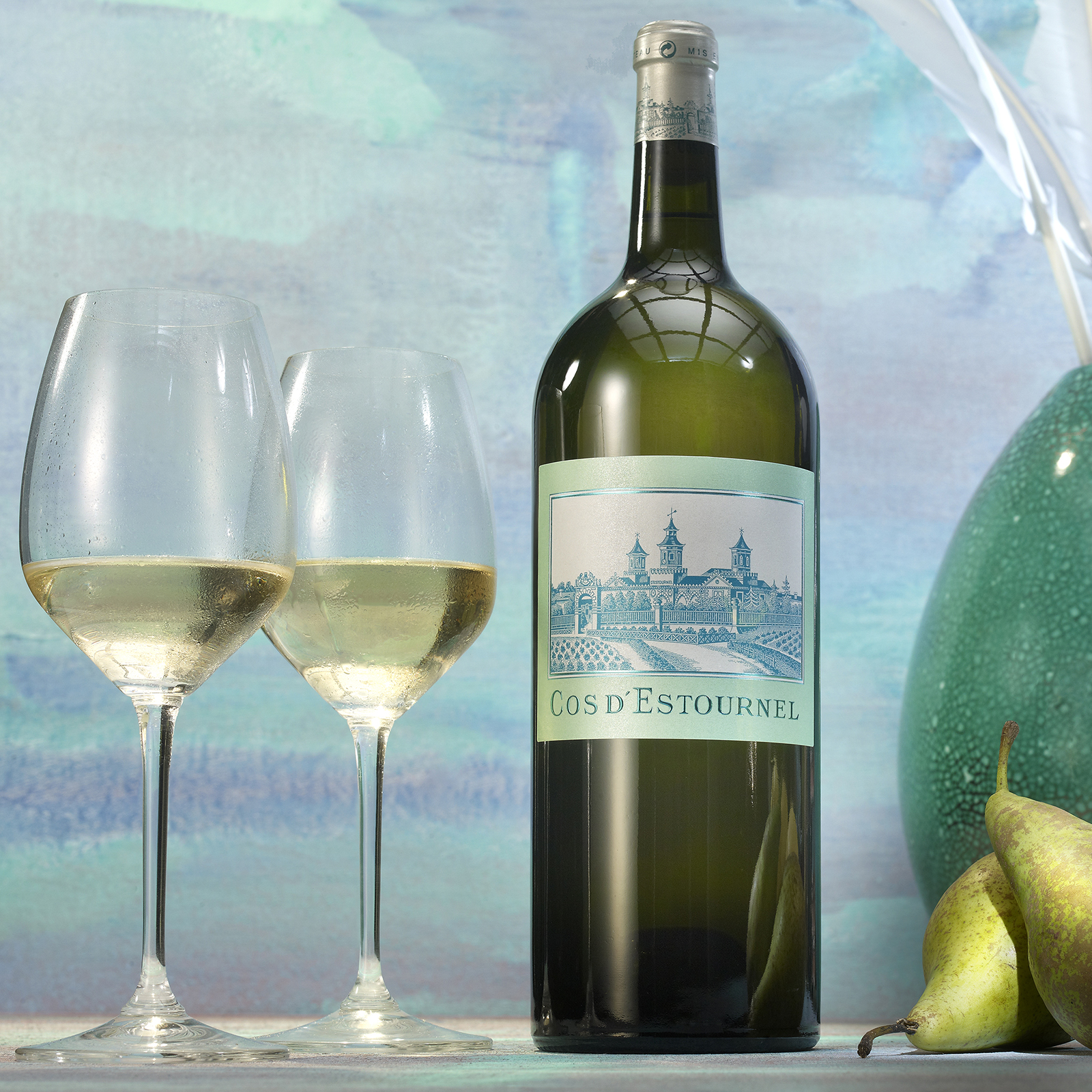 Another color of Cos d’Estournel

Michel Reybier proved as daring as ever when he decided to create Cos d’Estournel Blanc in 2005, and his teams proved themselves worthy of the challenge, crafting an exceptional white wine bearing the name of the Grand Vin Cos d’Estournel using grapes grown on a singular terroir situated in the northernmost part of the Médoc.
Read more → 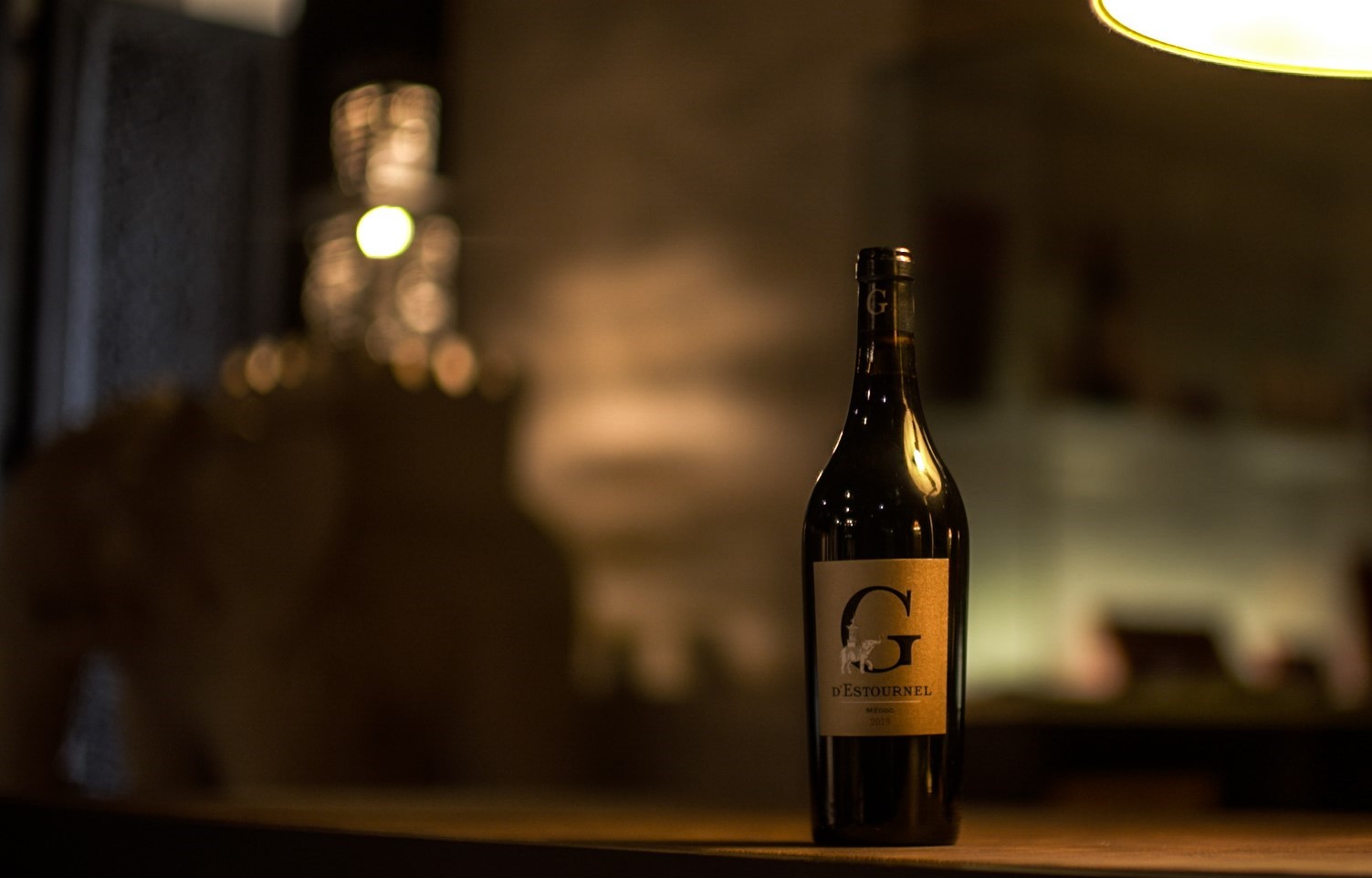 Crafted with the same dedication and expertise as the wines Cos d’Estournel and Pagodes de Cos, G d'Estournel replaces Goulée by Cos d'Estournel from the 2019 vintage, a perfect introduction to the world of Cos d'Estournel.
Read more →

The 2021 Vintage: Humility and Vigilance

Now that the harvest has come to a close and the winemaking process is underway in the estate’s gravity-feed cellars, the wines of the 2021 vintage are already revealing themselves to be unexpectedly rich and deep, despite numerous challenges that required great humility during the growing season.
Read more → 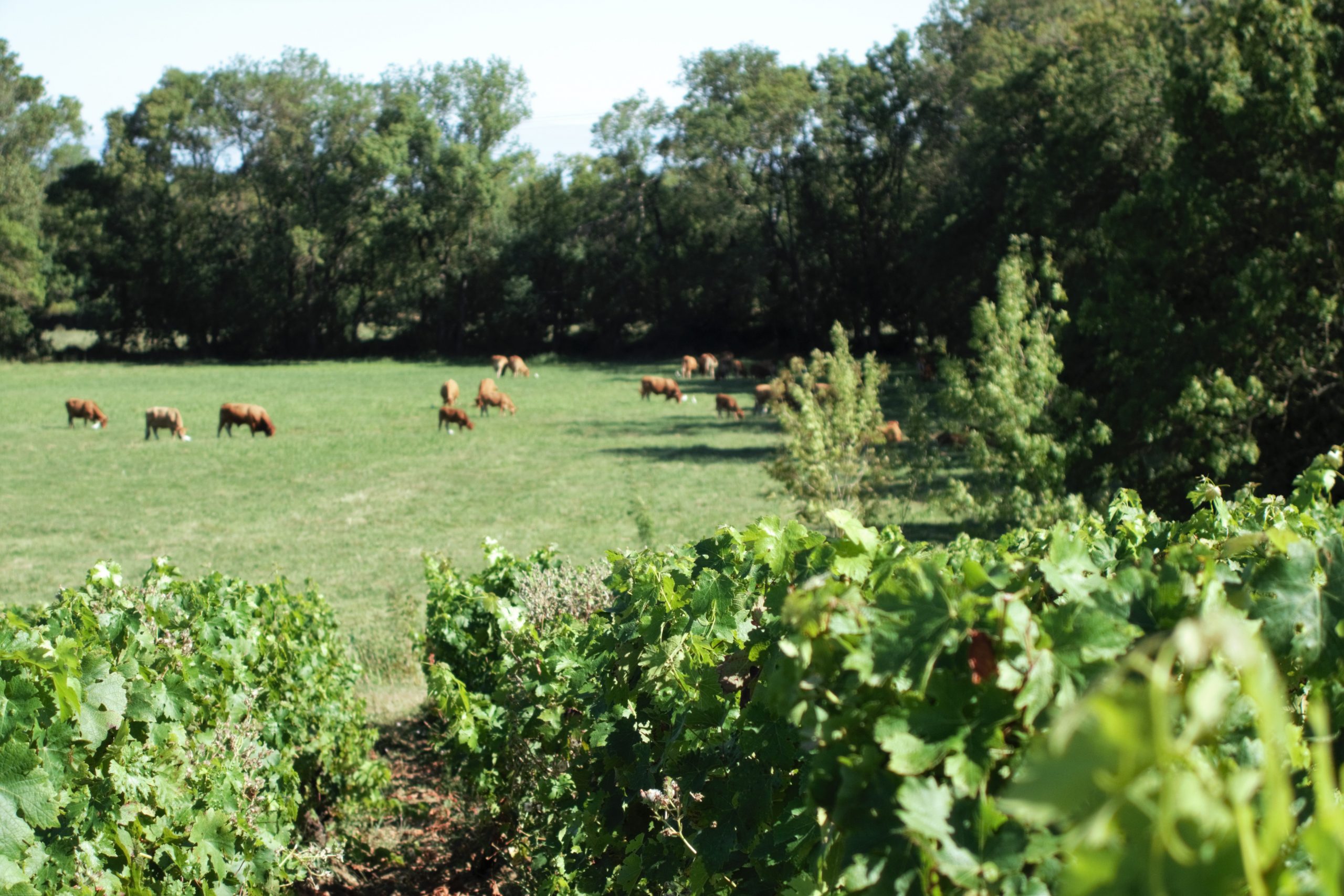 The vines of Cos d’Estournel thrive in a meticulously balanced environment, surrounded by streams, forests, hedges, and pastures that contribute to the site’s stunning biodiversity.
Read more →
Cos Chronicle